As you may have heard, Greenhills Propagation, our parent company, turned 30 years young on the 4th of February. This great achievement was  made known with an amazing article published in Groundswell Magazine. We thought you would also like to have a read of a very interesting history…

Robert Harrison perfectly at home and enjoying the fruits of his labour. Greenhills Propagation Nursery Pty Ltd is a well known and highly regarded tube-stock propagation business that currently grows in excess of 500 plant lines which are dispatched all over the country. Of interest is that by far the majority of stock is grown to order – typically 12 to 18 months out from delivery. Of interest as well is that its top 20 clients purchase over 80% of all stock grown – an enviable position for a company to be in.

And the numbers are huge! In the financial year ending June 2010, nearly 3,000,000 tubes were dispatched to growers. Robert Harrison first started work at Bay View Nursery in Clayton for Stan Linton, Bev Hammond’s father and Michael Linton’s uncle, as a 10 year old. Bill Boucher, an employee, took Robert under his wing and was Robert’s greatest mentor; “He was the one who showed me how to propagate; and he’s the person who drilled into me: Quality, Quality, Quality. Lessons I have never forgotten.” said Robert recently. 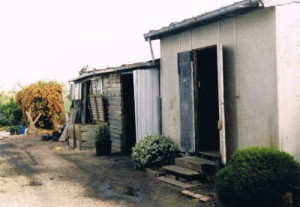 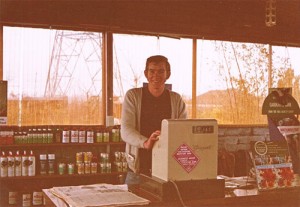 In the early days Bill Boucher had a small production nursery on his father’s property in Police Road whilst still working full time for Stan Linton. At 14 years Robert started working for Bill at Police Road on weekends and school holidays. In 1966 Bill Boucher and Frank Hammond mentioned to Robert that they were starting a retail nursery in Glen Waverley and asked him to come over and work for them full time. Bill cautioned against this: “Stay at school and get your Leaving Certificate (Year 11), just in case it doesn’t work out.”

For a boy who didn’t like school much Robert had a successful year, he completed eleven subjects instead of the required seven and he came 2nd in the State, winning a full scholarship to University as a result,which was passed up to persue his career in the nursery industry. Even as a kid Robert had never needed much sleep, so he would be waiting at the door of the local newsagent at 5.00am ready to do the first of his two paper rounds, then it would be off home to complete his homework, then to school. And would you believe on Thursday, Friday and Saturday nights, he was a lolly boy at the Oakleigh Drive-In.

A great work ethic and a belief of “nothing for nothing, you get out of things what you put in” continued through and was evident in the very early days of the huge challenge of starting a business,while providing for a young family. Robert worked at Glenvale Drive-In Nursery for over 14 years,before deciding to go into the production nursery business. It was family that did it – he and Bill would work long hours, seven days a week for up to six months of the year without a break and it was Robert and Liz’s two young children who provided the motivation for a change. He was already very experienced as a grower and propagator with Glenvale Drive-In Nursery growing about 80% of its own stock and Robert could see a gap in the market and thought that he was the bloke to fill it.

That gap could be easily summed: quality tube stock. Robert built a glasshouse in the backyard of his father in law’s house in Carrum Downs and left Glenvale Nursery in 1981. The following year they rented some land in Beaconsfield for two years. In the early days of the new site they couldn’t afford a crushed rock base to rest the trays on, so they propped them up on empty stubbies and garden stakes. The important part was to get them off the ground, reducing the risk of disease transmission and this was an industry first, right from the outset hygiene was very important.

In ’83 Frank and Bev Hammond convinced Robert and Liz to sell their house in Narre Warren and buy a bigger property to grow the nursery. At the start Frank Hammond encouraged Robert and Liz to search for new varieties of plants for the market. Keep in mind that at this time Liz was both working long hours in the business and raising two children. Robert made the point, “It was never just me – from the start, it was always Liz and I.” 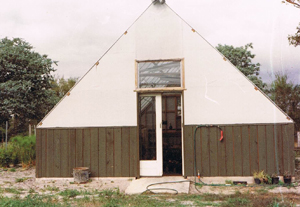 Robert was working long hours too, for the first three years he would start work at 2.00am and finish at 7.00pm and one night a week would work right through – not an insomniac, but not needing much sleep either. During these early days, Frank ammond was always a strong supporter of the fledging business; he provided a ready market for their products and was always happy to take a punt on new lines.

After the move to Tynong in ’83 and working from two small igloos Greenhills put on its first apprentice in ‘85 – effectively increasing the staff level by 50%. When daughter Leah started 15 years ago they employed six people and had embarked on an expansion program that saw the addition of new staff and new igloos every year.

What drove this rapid expansion? The quest for quality!

Greenhills has always been recognised as a quality grower and customers were drawn to this and the knowledge that service levels complemented this obsession for growing great stock. The result of this, apart from rapid growth,was that Greenhills has pretty much always ‘grown to order’ and this is even more true today with over 90% of stock supplied under contract. Mark Harrison, now 25 and the nursery’s Production Manager, was only four when Robert first decided to visit New Zealand looking for new plants from some of their best growers.

Now a virtual fixture on the NZ scene, Robert cemented these early relationships with his professional management of their products and his “My word is my bond.” approach to business. Greenhills also has very strong relationships with growers in the US, Europe and Britain. Leah pointed out that “These overseas relationships are built on honesty and transparency and we now enjoy a worldwide reputation as straight shooters and decent people to deal with.” And all of this is still firmly based on that quality proposition.

Greenhills was one of the first businesses in Australia to gain EcoHort and it has been a long term supporter of and advocate for the NIASA program. Greenhills has been at the forefront of water conservation measures in the nursery industry and has installed nine separate water meters which allow the monitoring of water use in real time. As Robert pointed out “You’ve got no idea just how many leaky taps we discovered after we installed these meters and they allow us to look at water use at specific sites around the nursery on a daily basis.”

The meters have led to a complete overhaul of much of the irrigation equipment used. A combination of active water use assessments, upgrades to the site and water recycling saw total water use drop by 50.5% in the 09/10 financial year – by any standard a remarkable achievement and one that their water supplier, South East Water,were more than happy to recognise.

Touch of Class Plants, the marketing division of Greenhills,was established ten years ago to promote new and promotional lines as a brand to the gardening public. Touch of Class plants supports wholesale and retail nurseries with advertising campaigns and promotional material. The Touch of Class labels provided Greenhills with a brand of its own and in 2003 it was formally separated from the parent company.

Post this separation, all new plants went to the market under this brand and money generated from label sales all goes back into marketing. Touch of Class is now a company big enough to stand on its own, and support its breeders in the management of their intellectual property rights and new products from within Australia and around the world. All marketing, from concept through to completion, is designed in house by our graphic designer and creative team.

Robert Harrison (aka Shorty) and the Nursery & Garden Industry Victoria

Robert and the company have enjoyed a long and productive association with the Nursery & Garden Industry Victoria. A notable example of this was that Greenhills was the first company to sign up as a NGIV Industry Partner and it did so at the highest level: Platinum Partner. This commitment to the industry peak body has been a constant theme of both the company and the man for many years: Robert has served on the NGIV Board,was Chair of the Tree & Shrub Growers and headed the NIASA Technical Committee.

As well, Greenhills has always been a strong supporter and sponsor of events like the NGIV State Conferences, Revealed and numerous other industry events. Robert views this as “Me just giving something back to an industry that has been good to me. It’s provided me and my family with a livelihood; it has been the basis of many of my friendships and I’ve thoroughly enjoyed it.”

Perhaps the best way to sum up the impact that Greenhills has had on the industry is to see how it’s regarded by one of its biggest competitors:

The View from the Other Side of the Fence

“Greenhills Propagation Nursery celebrates its 30th anniversary in February, and Mansfield’s Propagation Nursery celebrates its 60th anniversary in April. So I have had a ‘box seat’ view of the rise of this industry leader and formidable competitor. For me, the climb to prominence of Greenhills has been characterized by three things: the first has been Rob’s thirst for knowledge and innovation – it’s been amazing. The second has been his quest for new plants and the third has been Rob’s willingness to share that knowledge he gained with the wider industry, including us, his direct competition. Well done Rob, Liz, and the team and all the best for the next 30 years.”
Noel Mansfield

Where to from here?

Robert and Liz’s children Leah and Mark are steadily increasing their roles at Greenhills and while Robert doesn’t intend bowing out, he is steadily winding back. Growing plants has been his life – for all his life, and he still loves it and it will remain a part of what he does. How encouraging for Robert and Liz that Leah and Mark love the business as much as they do and have the same commitment to quality and service.

Published in the February edition of Groundswell Magazine.

If you would like to have a copy of the above article, you can download it by clicking on the button below. You will have to download a small PDF (its only 625kb), but we think it is worth it. Let us know what you think on Facebook, or in the comments section below!