My name is Mark Harrison, and I have a beard. A beard I started growing 9 months ago when my girlfriend moved overseas. Then there’s my senior, Robert Harrison. He also sports a beard.

This isn’t just any beard, however…it’s a work of art. A magnificent display of facial fur. It’s the kind of beard that makes ordinary passers-by look twice. It has caught more food than any infants bib can claim, and it has long been a support to invoke great ideas from being gently grasped in moments of contemplation. Those that know my father, will know that his beard defines him, it’s intertwined into his identity and is as much a part of who he is as anything else.

He has worn a beard for 39 years, which is older than all three of his children. In 2000, he had his beloved beard shaved off and raised a mammoth $15,025 for the Royal Childrens Hospital in the process. It was quite a shock to my brother, sister and I, as we had never seen what was behind that rugged lock of manliness. My girlfriend is back from overseas now, and every now and then makes a subtle reference to my beard still being on my face. So, after picking up the hints I plan to shave it off.

I was working with Dad the other day and thought I’d throw out the question “How much would it take to get your beard off again?”. He replied “Well, it got $15,000 last time, so it would have to get close to that I reckon.” So here is our goal… We will attempt raise $15,000 from now until the end of November, as part of the Movember movement.

If we can reach this target, Dad and I will be at the mercy of the clippers and the cut-throat. After a mere 9 months I have become somewhat attached to my beard, but my attachment is minute to that of Dad and his; so for him to agree to this again is huge and admirable as it is all for a great cause.

Movember started in Melbourne between two mates in 2003, who thought they would challenge a bunch of their mates to grow a ‘stache in support of mens health and prostate cancer. As of the end of 2013, Movember has spread to 21 countries and raised $580 million dollars since it started. With this money Movember fund programs for prostate cancer, testicular cancer and mental health. So please dig deep for your dad, husband, brother, son, boyfriend, uncle, or any other bloke close to you, and help us reach our target to get these beards off!

You can donate by going to mobro.co/thetwobeardscateers or head to the Movember website and search for Mark Harrison. 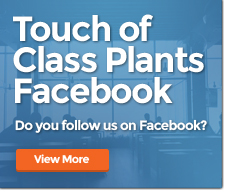